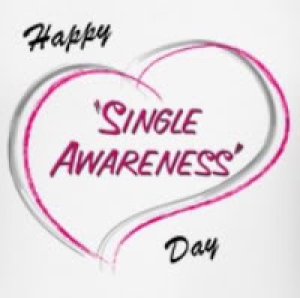 Another year, another Anti-Valentine’s day list. Last year people were pretty vocal about our Anti-Valentine’s Day list. We encourage you to speak up if you think something is missing from the list. This year we sprinkled a film or two with a little hope. We selected those films because the love story has a lot of unglamorous bumps and hurdles. This list spans four decades of “Love Stinks.” Without further ado, let’s check out the Anti-Valentine’s list Part II.

Blue Valentine– Michelle Wiliams and Ryan Gossling play a married couple with at least one person who has lost the loving feeling.  Set in Pennsylvannia, this very independent feeling film shows a working class couple trying to make things work but seemingly losing the battle.  Michelle Williams performance earned her a 2011 Oscar nomination.

The Food:  In our film and foodie section we suggested meatloaf since it featured in a key scene.  Check out Carla Crudup’s not’s your grandma’s style meatloaf.

War of the Roses-  They give new meaning to “Til death do us part.” This may be one of the unhappiest movie ever made about how ugly divorce can be.  Michael Douglas and Kathleen Turner star in a film that will make you never want to get married.

500 Days of Summer –  Absolutely love the 2009 brilliant indie film which catapulted familiar face and TV child star(Third Rock From the Sun) Joseph Gordon-Levitt to a movie star heart throb.  For him it’s love at first sight.  For her, not so much?  500 Days of Summer is an emotional ride worth taking. The film employs a nonlinear narrative structure, with the story based upon its male protagonist and his memory-driven look at a failed relationship. 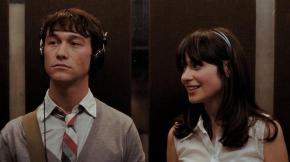 Fatal Attraction(People’s Choice)-  Fatal Attraction is legendary so we admit that it was not just a blunder but a colossal blunedr to miss this film starring Michael Douglass and Glen Close.  It’s a reminder that hell hath no fury like a woman scorned.

The Food: After watching the rabbit scene let’s opt for vegan appetizers like fried string beans.

He’s Just Not that Into You– Based on the hit book by the same name, this story takes place in Baltimore with an all star cast that is not fairing too well in this love department for most of the film. It one of those situations where Jen loves Kev but Kev loves Scarlett but she loves Brad and Brad’s married.  Get it.  This film stars Ben Affleck, Jennifer Aniston, Drew Barrymore, Scarlett Johansson, Sasha Alexander, Justin Long, Jennifer Connelly, Ginnifer Goodwin, Kevin Connolly, and Bradley Cooper.

Brokeback Mountain– Yes, it is about true love but there is nothing happy about this story.  The story of two cowboys who fall in love during a time when “coming out” definitely was not in vogue.  With an all star cast including Jake Gylenhall, the late Heath Ledger, Anne Hathaway, and Michelle Williams, Brokeback Mountain is about as Anti-Valentine’s Day as you can get.

Dreamgirls– You’d think there would be nothing like a musical to cheer you up but no, no, no, no way.  What you get is a lot of and they didn’t live happily ever after.   Dreamgirls stars Jennifer Hudson in her Oscar-winning performance, Beyonce, Anika Noni Rose, Oscar-nominated Eddie Murphy, and Jamie Foxx.  And I am telling you, check out this movie.

Something’s Gotta Give- One of my favorite movies features Diane Keaton, Jack Nicholson and Keanu Reeves.  First of all, you can’t go wrong just looking at Keanu Reeves during Valentine’s day but besides that, the story of Harry Sanborn(Jack Nicholson) a wealthy New York music mogul who has had a 40-year habit of dating women under 30 until he meets successful playwright Erica Barry(Diane Keaton) and mother of current girlfriend the less than 30 year old played by Amanda Peete.  And that’s just the beginning.  There’s plenty of heartbreak going around.  Check out this 2003 hit movie.  Diane Keaton won a Golden Globe for her performance.

Inception– A big part of the storyline  of the action packedInception is about Leonardo DiCaprio’s love life gone wrong.  Inception was a breakout film of 2010 directed by Chris Nolan.  Inception is thoroughly entertaining and should help keep your mind off the romantic for a few hours.

Rules of Attraction (People’s Choice)- You wanted it. You got it.  The Rules of Attraction is a dark comedy and satirical novel by Bret Easton Ellis published in 1987. The novel focuses on a handful of rowdy and often sexually promiscuous, spoiled Bohemian college students at a liberal arts college in 1980s New Hampshire, primarily focusing on three of them who find themselves in a love triangle. The novel is written in first person narrative, and the story is told from the points of view of various characters.

Foxy Brown-Bonus selection from a MCCN Staffer.  Although, Iam not totally convinced about this making the list, I do think Anti-Valentine’s folks may get a kick out of watching the movie classicFoxy Brown.  The pitch for it to be put on the list, “It is about a woman who goes undercover as a professional hooker to revenge her boyfriend’s murder. Now that’s a choice! And it’s blaxploitation (cultural).”