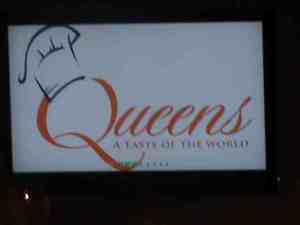 On Tuesday May 10, The Queens Economic Development Corporation (QEDC) presented the 9th Annual Queens…A Taste of the World, an event described as “…a sumptuous celebration of culinary diversity”.  Over 40 restaurants from New York’s Queens borough showcased their talents and their delicacies at Citi Field, home of the New York Mets, in the Ceasars Club.

Those in attendance were able to travel the world in just 60 seconds, if they had enough will power not to partake of what the chefs had to offer.  Even if one stopped just to take a peek, the aroma of all that were on display made you linger longer than you planned.  From succulent meats and seafoods on one side of the room to tasty deserts on the other, the evening did not disappoint the taste buds. 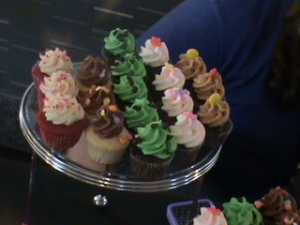 Mingling among the crowds of journalists, epicureans, and food lovers alike were Taste Masters for the night and renowned chef Marcus Samuelsson of Red Rooster Restaurant in Harlem and chef Anita Lo of Annisa Restaurant in New York City.  Emmy award winning journalist, Tamsen Fadal of WPIX Channel 11 Morning News was the Master of Ceremonies for the evening.

To cap off the festivities two restaurants in Queens was presented the Queens Iconic Restaurant Award.  Dazies Restaurant in Sunnyside and Papazzio Restaurant in Bayside a restaurant and catering business were recognized for their history in Queens. 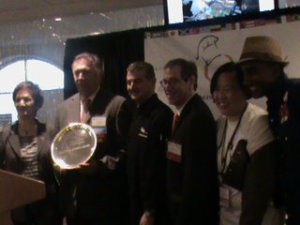 The 9th Annual Queens…A Taste of the World supports the Queens Economic Development Corporations developement and operating programs to improve the local economy.