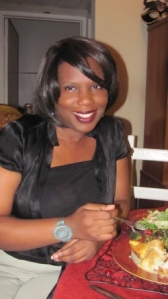 The best way to get people together to discuss their cultures is through food. “Food is the cross section for communication,” says Crystal A. Johnson, founder and editor-in- chief of the MultiCultural Cooking Network (MCCN).

“I was one of the first people watching cooking shows all day before it was trendy. On the network there weren’t any prominent people of color,” Johnson says. In 2007, she decided to create her own YouTube channel to showcase missing cultures. Since then, MCCN has evolved from a YouTube channel to a Web site that is not just about food. “The MultiCultural Cooking Network isn’t just about cooking food; it’s to create discussion about culture.”

The MCCN has programming on various topics such as health, culture, entertainment and food. Some shows such as “En La Cocina Para Mi Amor,” are produced in Spanish and English. This bilingual network introduces its audience to the seven continents through their palates with programs such as “Asian Express” and “Make Yourself Comfortable American Style.” The “Asian Express” episode about rice wraps boasts high ratings and is a favorite among viewers. One show that has the entertainment aspect is “What’s the Dish?” The program covers celebrities and the food they love to eat. Viewers can also watch how-to videos and a lot of different informative and entertaining programs as well on MCCN.

One thought on “Connecting Cultures Through Food”