Cobblers are an American deep-dish fruit dessert or pie with a thick crust (usually a biscuit crust) and a fruit filling (such as peaches, apples, berries). Some versions are enclosed in the crust, while others have a drop-biscuit or crumb topping.This recipe for Peach Cobbler comes from Rebekah Lewis of Pasadena, California.

Cobbler filling: Peach(if you choose peaches I use 3 large cans in syrup but drain all the syrup), apple, or berries (eyeball enough to serve 8-10)
Juice of one 1 lemon, 1cp white sugar, 1cp brown sugar, nearly 1 stick of butter, nutmeg and cinnamin

Dough: about 1/2 cp crisco, 2cps white flour, few pinches of salt, about 3tablespoons white sugar, 1/2 cold water
You may need to add some flour if dough is still too sticky
Cut into strips.

After combining and mixing filling in a med heated skillet, fill cooking dish 1/4 of the way with filling, then layer with strips of dough, then add the remaining of the filling on top of that layer and then the last layer of dough strips.
Last, Brush melted butter and cinnamin sugar lightly on top of dough
Cook on 375 until crust is golden brown

Note-The measurements may be off a bit, I always have eyeballed this recipe so it was very hard to size everything up.

Actor Wentworth Miller of the Arrowverse and Prison Break hid a lot behind those dazzling eyes.   The Ivy graduate of Princeton University with a degree in English Literature acted his way through life, hiding that he way gay from the public for years.  Only recently did he speak of trying to kill himself by age 15.

The actor of African-American and Caucasian descent was born in England to American parents.  His father’s paternal side were immigrants from Jamaica and father’s maternal side very diverse including Dutch, French, Swedish, Lebanese and Syrian.  Miller’s mother’s side is Austrian and Polish.

With his fair, skin and light eyes, the very multi-cultural actor appears to most he may simply appear to simply be White but others question his identity.  Wentworth Miller states, “My experience is that I find myself having to constantly define myself to others, day-in, day-out. The quote that’s helped me the most through that is from Toni Morrison’s “Beloved” where she says, “Definitions belong to the definers, not the defined” – so I find myself defining myself for other people lest I be defined by others and stuck into some box where I don’t particularly belong”.

Enter the wonderful world of candy and soda at Rocket Fizz Candy And Soda Shoppe in Burbank, CA.  You are likely to find classics candy and soda from  your childhood.  No, Burbank is not the only location.  There are several locations throughout Southern California plus there are Rocket Fizz locations in Boulder, Colorado and Houston Texas.  Note, the name may vary a bit from location to location but Rocket Fizz remains in the title.

The shop primarily features American favorites but there is a section dedicated to British favorite candy too.  We can’t all that we have to share here so visit our candy gallery on the Multi Cultural Cooking Network’s Facebook Page.

Role model, beautiful, and talented are just thing which make the acclaimed actress Rita Moreno a triple threat.  The legendary Rita Moreno took Hollywood and the world by storm with her singing, dancing and acting ability.   Those three talents helped to land her three of the arts top awards.

IMDB-American actress Rita Moreno has managed to have a thriving career for the better part of six decades despite the institutional racism that has plagued the entertainment industry, particularly the anti-Hispanic bias that stereotyped Hispanic women as “spitfires” and sexpots. Moreno, one of the very few (and very first) performers to win an Oscar, an Emmy, a Tony, and a Grammy, was born Rosita Dolores Alverío in Humacao, Puerto Rico on December 11, 1931. She moved to New York City in 1937 along with her mother, where she began a professional career before she was a teenager. The 11-year-old Rosita got her first movie experience dubbing Spanish-language versions of American films. Less than a month before her 14th birthday on November 11, 1945, she made her Broadway debut in the play “Skydrift” at the Belasco Theatre, co-starring with Arthur Keegan and the young Eli Wallach. Although she would not appear again on Broadway for almost 20 years, Rita Moreno, as she was billed in the play, had arrived professionally. It would take her nearly as long to break through the forces of institutional racism and become the first Hispanic woman to win an AcademyAward.

The cover of the March 1, 1954 edition of “Life Magazine” featured a three-quarters, over-the-left shoulder profile of the young Puerto Rican actress/entertainer with the provocative title “Rita Moreno: An Actresses’ Catalog of Sex and Innocence.” It was sexpot time, a stereotype that would plague her throughout the decade. If not cast as a Hispanic pepper pot, she could rely on being cast as another “exotic”, such as her appearance on “Father Knows Best” (1954) as an exchange student from India. Because of a dearth of decent material, Moreno as an actress had to play roles in movies that she considered degrading. Among the better pictures she appeared in were the classic Singin’ in the Rain(1952) and The King and I (1956).

Don’t lose the tradition of dried fish soup! The culinary tradition of the Atlantic coast of Honduras is still intact. The public

markets are crowded with vendors shouting and offering the traditional dried salted fish, which when prepared is the favorite dish at this time of rest and Christian reflection. As I walk along Market Street San Isidro, I stop and talk with sellers showing dried fish, which bring between 65 and 70 Lempiras (3 us dollars) per pound. On the street, many people stop to buy. They seem not to mind the massive presence of flies attracted by the strong smell of fish. The average person asks for two, three and four pounds of fish. Most of the fish sold in public markets of La Ceiba, comes from the Mosquitia. The most desirable is the bass, because they consider it the most delicious. In every sales position, not only the dry fish is found, but also abounding in all sizes are squash and sweet panels (melasa) with which the people cook delicious traditional desserts.  READ MORE  –Written by Chef Jay Bonilla

Growing up in a little Northern USA city called New York, one of the thing you were likely to see were Black men wearing bow-ties who would say, 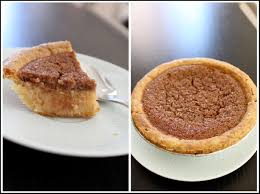 “Bean pies, my brother?” They are usually small.   If you ever purchased one then you know they are tasty little things.  See this Bean Pie Recipe:

2 cups navy beans (cooked to according to package instructions)

Note: You’ll want to make sure that you have planned ahead to make this pie because you need to pre-soak the beans before you can cook them.

In electric blender, blend beans, butter, milk, eggs, nutmeg and flour about 2 minutes on medium speed. Pour mixture into a large mixing bowl. Add sugar and vanilla. Mix well. Pour into pie shells. (Mrs. Smith’s brand pie crust is a good one to use.) Bake about one hour until golden brown. Makes 2 or 3 Bean Pies.

Please Click to Donate toward arts funding scholarships for youth to participate in the Food History and Communications course taught remotely by  the META program.