Thank you to Margaret Adams for sharing you photos and few words about Cafe Beignet in New Orleans.

Native New Yorker, Margaret Adams recently enjoyed a trip to New Orleans during Mardi Gras.   She sampled the local popular dessert, the beignet. In her opinion the drinks were priced moderately.   She described all the food as “fresh tasting and good.” If you never had a beignet but you have the popular fried powdered sugar confection found in New York Italian pizzerias called the zeppola then you will find it similar. The restaurant featured live music.

Former Multi-Cultural Cooking Network contributing writer Amberly Ellis caught the attention of remezcla.com for the amazing work she and Alexey Rodriguez provide in the wellness space specifically for Afro-Cubans.

Their monthly signature Afro-Vegan cooking workshop, though predominantly run by an Afro-Cuban instructor, is powered by both groups on the island and across the larger diaspora. The cooking workshops, which take place in the couple’s apartment, are small in scale but bring in a handful of Regla residents, Cubans from other areas and those visiting the island.  READ MORE

The Tamal is a pre-Hispanic food and ritual, which has endured throughout history in South and Central America despite the various influences and incursions from other cuisines. This dish is made of masa, which is steamed or boiled in a leaf wrapper, which is discarded before eating. Tamales can be filled with meats, cheeses, fruits, vegetables, chilies or any preparation according to taste, and both the filling and the cooking liquid may be seasoned. Tamales are generally wrapped in corn husks or plantain leaves; recently aluminum foil also made its way to the Honduran cuisine (as seen here).

Honduran Tamales are easy to make but time consuming. Add the spice ingredients to suit your taste. When you cook your meat cook it with some of the cilantro and cumin to add more flavor to it.

Hen Tamales are made with corn dough seasoned previously, are filled with chicken and potatoes; are then wrapped in banana leaves is sewn for a few minutes. You can serve it with a dollop of cream and enjoy a delicious cup of coffee in the area of ​​western El Salvador. Enjoy this exquisite chicken tamale.

The doughnut chain has announced a new delivery service for the entire U.S., but there’s one catch.

Customers ordering delivery must be within 10 miles of one of Krispy Kreme’s 350 locations.

Orders can be placed on the Krispy Kreme app or website. There is a $5 fee for delivery.  READ MORE

Often unfairly called the black Martha Stewart, B. Smith was a legend in her own right.   Smith embodied  glamour affluence, poise, grace and Afrocentrism.  B. Smith rocked natural hair before it was popular in the main stream.  She was always different but yet the same.  She spoke to many black people who thought that’s exactly me.   We drink wine.  We are cultured.  Conversely she showed others a broader or image of the African-American.

In the mid–1960s, Smith began her career in modeling; participating in the Ebony Fashion Fair[ and later signing with Wilhelmina Models agency. Smith was the first African-American model to be featured on the cover of Mademoiselle magazine in 1976.[11]

Smith made two appearances on Mister Rogers’ Neighborhood, once as a model for Queen Sara’s wedding dress and once giving a tour of her restaurant, B. Smith, and making raspberry custard with Fred… 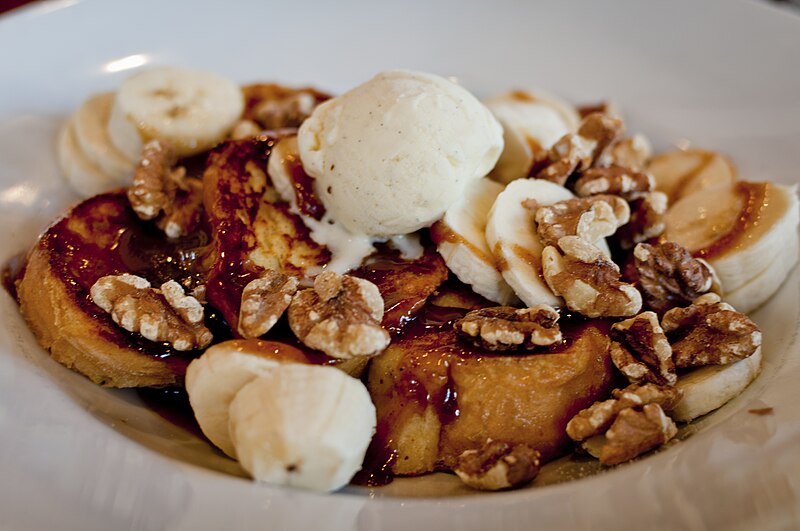 The Hop Shoppe is a Stapleton gastropub where Staten Islanders get their taste of beers, custom and classic cocktails and a flavor packed menu.  They also deliver and cater.

Staten Island local, Nataki Hewling recently grubbed on their eats and called spot to our attention. She said:

The Hop shoppe was the restaurant for our school fundraiser this weekend ironically. So a percentage of what I spent goes to our school. Yayy! The food is good there. Go check it out. They had a great option for my very allergic Jordan that was delicious, steak tacos. My fav thing on their menu is the general Tsos cauliflower. The kids like the place and the food. I never go there really unless it’s after hours for a drink and maybe appetizer.

MCCN got to catch up with a rep from Black Birds Vineyards.

We talked about the Rosé, Paramour and the Arise.   They are located in the Napa Valley and their focus are blends.

The 2020 Taste of Mexico appeals to all five senses with cuisine and libations from each of the 32 Mexican states, and three music stages, comedy pavilion, live art, Spirits Awards, contests y mas!

MCCN has attended the event repeatedly over the years and it is worth checking out.  See Video our past coverage:

If you plan on entertaining, your guests are sure to enjoy GEM&BOLT’s Persephone Punch. This batched cocktail is filled with seasonal flavors like pomegranate, cinnamon, as well as anise, and also looks beautiful as touch of holiday décor!