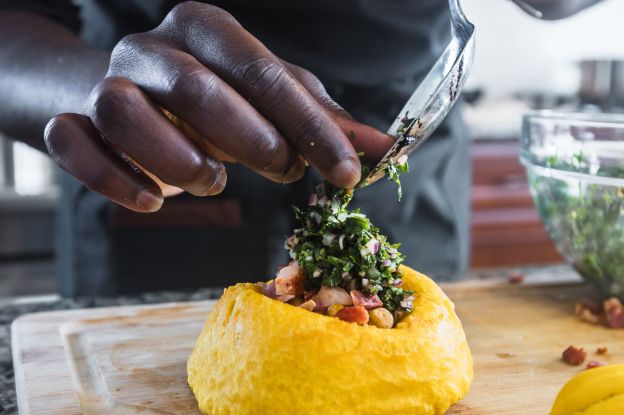 Dc.eater.com – Fans of Eric Adjepong, the D.C.-based breakout star from Top Chef Kentucky, will soon get a chance to taste his West African-influenced cuisine without hiring him to compose a private dinner party.

In major city like Los Angeles it may be hard to believe how rare it is to find African Cuisine besides Ethiopian,  Toto’s offers a the West African country of Nigeria

There’s an interesting strip mall which hosts a taste of the world from Thai to Ramen to Middle Eastern to Mexican to Nigerian.  The African cuisine is the rarest to find in the area.   I got a chance to experience Jollof Rice, Moi Moi (Moin Moin) a spicy preparation of goat and my friend ordered Pounded Yam.

Bobotie’s origin goes back to the recipe for Patinam ex lacte of Apicius, who lived in Rome some 2000 years ago. He packed layers of cooked meat in a dish. He added pine nuts, whereas South African add chopped almonds these days. Flavourants mentioned were pepper, celery seeds and asafoetida. The liquid was probably wine or grape syrup. These were cooked until all the flavours had blended, when a top layer of egg and milk was added. When the latter had set, the dish was ready to be served.[3] C. Louis Leipoldt, a well-known South African writer and gourmand, wrote that the recipe was known in Europe in the seventeenth century.[4]

The origin of the word Bobotie is contentious. The Afrikaans etymological dictionary claims that the probable origin is the Malayan word boemboe, meaning curry spices.[5]Others think it to have originated from bobotok,[6] an Indonesian dish which consisted of totally different ingredients.[7] The first recipe for bobotie appeared in a Dutch cookbook in 1609.[7] Afterwards, it was taken to South Africa and adopted by the Cape Malay community.

Today, bobotie is much more likely to be made with beef or lamb, although pork lends the dish extra moisture. Early recipes incorporated ginger, marjoram and lemon rind; the introduction of curry powder has simplified the recipe somewhat but the basic concept remains the same. Some recipes also call for chopped onions to be added to the mixture. Traditionally, bobotie incorporates dried fruit like raisins or sultanas. It is often garnished with walnuts, chutney and bananas.[11] Although not particularly spicy, the dish incorporates a variety of flavours that can add complexity.

The Bobotie recipe was transported by South African settlers to colonies all over Africa. Today, recipes for it can be found that originated in white settler communities in Kenya, Botswana, Zimbabwe and Zambia. 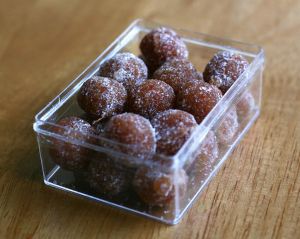 Tamarind (Tamarindus indica) (from Arabic: تمر هندي‎, romanized tamar hindi, “Indian date”) is a leguminous tree in the family Fabaceae indigenous to tropical Africa. The genus Tamarindus is a monotypic taxon, having only a single species.

The tamarind tree produces edible, pod-like fruit which are used extensively in cuisines around the world.

Tamarindus indica is probably indigenous to tropical Africa,[1] but has been cultivated for so long on the Indian subcontinent that it is sometimes also reported to be indigenous there.[2] It grows wild in Africa in locales as diverse as Sudan, Cameroon, Nigeria and Tanzania. In Arabia, it is found growing wild in Oman, especially Dhofar, where it grows on the sea-facing slopes of mountains. It reached South Asia likely through human transportation and cultivation several thousand years prior to the Common Era.

In the 16th century, it was heavily introduced to Mexico, and to a lesser degree to South America, by Spanish and Portuguese colonists, to the degree that it became a staple ingredient in the region’s cuisine.

Dioscorea alata, known as purple yam and many other names, is a species of yam, a tuberous root vegetable, that is bright lavender in color. It is sometimes confused with taro and the Okinawa sweet potato (Ipomoea batatas cv. Ayamurasaki). With its origins in the Asian tropics, D. alata has been known to humans since ancient times.

Because it has become naturalized throughout tropical South America, Africa, Australia, the US southeast, D. alata has many different common names from these regions. In English alone, aside from purple yam, other common names include greater yam, Guyana arrowroot, ten-months yam,water yam, white yam, winged yam, or simply yam.[3] In other cultures and languages it is known variously as ratalu or violet yam in India, rasa valli kilangu in Tamil, kondfal (कोंदफळ) in Marathi, kachil (കാച്ചില്‍) in Malayalam, and khoai mỡ in Vietnam and for the Igbo people of Southern Nigeria, yam is called ji, and purple yam is known as ji abana.

Purple yam is used in a variety of desserts, as well as a flavor for ice cream, milk, Swiss rolls, tarts, cookies,cakes, and other pastries. In the Philippines, it is known as ube and is eaten as a sweetened jam called ube halayá, a popular ingredient in the iced dessert called halo-halo. In Maharashtra, the stir-fried chips are eaten during religious fasting. Purple yam is also an essential ingredient in Undhiyu. 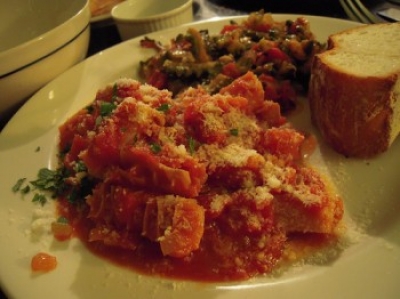 Nelson Mandela’s favorite dish was tripe.  It was served on his 94th birthday.  Tripe is the stomach of the cow or sheep.  It is also prepared in many other cultures.  See a Mexican recipe for Tripe(Tripas).

Ingredients for Tripe and Tomato Sauce

Plantains and sweet potatoes are a natural fit.  Both are high in fiber and naturally

Image and Recipe from Joyandfeast.com

sweet.  Even if you have a sweeter tooth, just sprinkle a half cup sugar to accentuate the natural sugars.

Candied yams are a classic soul food side dish.  Plantains are popular in African and Caribbean cuisine.

Try this combination as a great vegan side for the holidays.  Click Here for recipe. 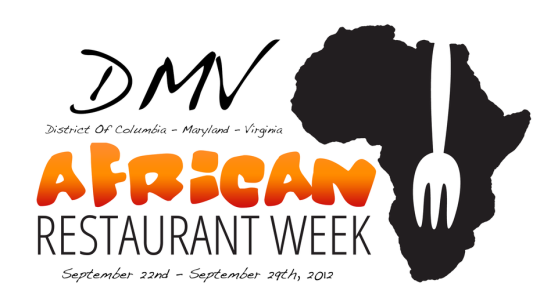 -And So Much More Tasty African Cuisine

The research, provided by a conglomerate of experts, nutritionists, and culinary historians, is said to connect individuals with their roots of African Diaspora that they may not have access to regularly. Featured foods on the pyramid include watermelon, mango, various types of greens, and plantains in the fruits and vegetable category. The pyramid includes a section exclusive to herbs and spices. Chicken is particularly highlighted in the meats category, and a slice of sweet potato pie is suggested as the dessert of choice. The pyramid also shows Africans playing basketball for exercise.

At first look, these food pyramids could be offensive. However, after examining the offered information, the diagram only appropriately categorizes foods regularly consumed by the ethnic group from a cultural perspective. Like the USDA food pyramid, the African Heritage Food Pyramid is meant as a tool to illustrate how much Africans should consume of the traditional foods they may already eat–while celebrating their roots in African American cuisine.  READ MORE

See Video of how to Make Abacha