Poutine is a dish that includes french fries and cheese curds topped with a brown gravy. It originated in the Canadian province of Quebec and emerged in the late 1950s in the Centre-du-Québec area. It has long been associated with Quebec cuisine.

Annual poutine celebrations occur in Montreal, Quebec City, and Drummondville, as well as Toronto, Ottawa, and Chicago. Today, it is often identified as a quintessential Canadian food. It has been called “Canada’s national dish“, though some believe this labelling represents a misappropriation of Québécois culture. Many variations on the original recipe are popular, leading some to suggest that poutine has emerged as a new dish classification in its own right, as with sandwiches and dumplings

Canada Day is a nationwide celebration when Canadians commemorate their independence.  On July 1 1867, the British North America Act passed which allowed for Canada to become an independent entity within the British Empire.  In 1982, Canada gained full independence from the United Kingdom.  Today, Canada Day is celebrated by fireworks displays, festivals, picnics and great food.

Want to be a part of the celebration?  Canada Day by tantalizing taste-buds with these tasty options for Canada Day:

This delicious dessert is made with cake flavored with maple, cinnamon, sugar and apples.

This is a delicious pancake alternative that features apples and honey.

This is traditional Ingenious Canadian bread.

For more information about the history of Canada Day: http://www.history.com/this-day-in-history/canadian-independence-day ; http://en.wikipedia.org/wiki/Canada_Day

In North America and Canada, the first Monday in September is Labor Day. The holiday serves as a celebration of workers and commemorates their respective economic and social achievements.

Labor (Labour) Day in Canada has its origins in an 1872 demonstration held by the Toronto Trades Assembly (TTA).  Serving as Canada’s first significant campaign for worker’s rights, the demonstration was created to garner the release of 24 leaders of the Toronto Typographical Union (TTU). During this time, trade unions were illegal and the TTU leaders were imprisoned for striking to campaign for a nine-hour working day. 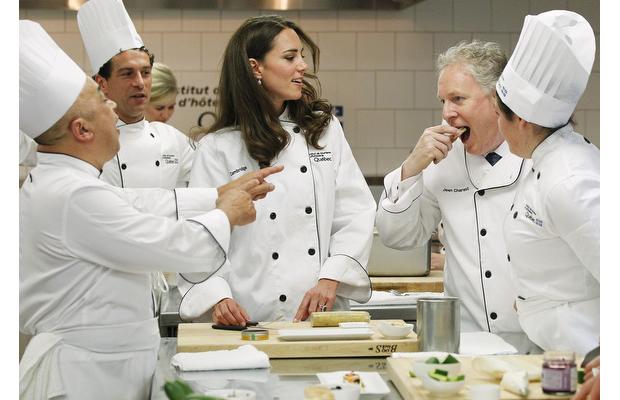 A cooking class and dinner is a typical date-night activity for a number of young marrieds. But when the couple in question is the Duke and Duchess of Cambridge, the hour-long cooking class takes weeks to prepare, and the dinner gets the full-on chef treatment.

END_OF_DOCUMENT_TOKEN_TO_BE_REPLACED

Canada Day is a nationwide celebration when Canadians commemorate their independence.  On July 1 1867, the British North America Act passed which allowed for Canada to become an independent entity within the British Empire.  In 1982, Canada gained full independence from the United Kingdom.  Today, Canada Day is celebrated by fireworks displays, festivals, picnics and great food.  Click to See Recipe Ideas 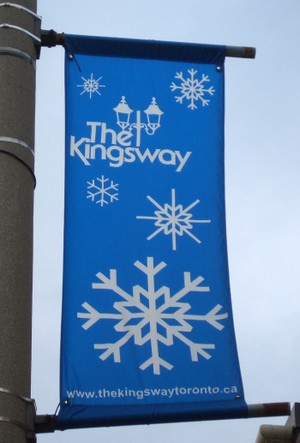 Visitors to the anglo-centric Kingsway will be pleased to discover a delicious range of ethnic eateries. Greek, Thai, Italian, French, Spanish and Japanese restaurants are part of the elegant line up along Bloor Street West between Prince Edward Drive and Montgomery Road. TTC travellers can disembark at the Royal York subway station.

Pemmican is a nutritious, high calorie food that can be prepared in quantities and stored. The French and English explorers, trappers, and traders, bought large quantities of pemmican from the Aboriginals, and even learned to make pemmican. Pemmican would be sealed inside an animal skin or stomach cavity to preserve it. Europeans carried these pemmican stores on long furtrading expeditions. 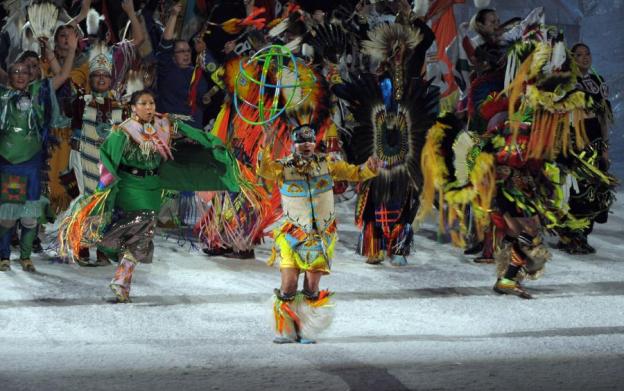 Maelle Ricker, Canadian Olympic Snowboarder is the first female Canadian to win a gold medal on Candian soil.  She’s making the country proud and probably millions of young Canadian girls are going to want a snowboard for Christmas this year.

In an interview with Faceoff.com Maeller talks about her motivation, “Turin was such a motivator for me,” said Ricker, a West Vancouver, B.C., native who grew up racing on Cypress Mountain.  “It just made me work that much harder and just go for it today.”

Ironically, her gold winning race was on Cypress Mountain.

Where did Wayne Gretzky first get his star on the ice?  It’s an interesting story.

Gretzky’s paternal grandfather Anton (Tony) Gretzky immigrated to Canada via the United States from Grodno Governorate, Russian Empire, now part of Belarus,with his wife Mary of Pidhaytsi, Ukraine.  In interviews, Gretzky’s father Walter has stated that his parents were Belarusians,while on other occasions he has mentioned his family’s Polish ancestry,  and has described his father as being born in Russia with “Ukrainian forebears”. Though described as Polish and Belarusian, “the only Slavic language spoken in the family is Ukrainian“.

Tony and Mary owned a 25-acre (10 ha) vegetable farm in Canning, Ontario, while Wayne’s parents Walter and Phyllis had an apartment in Brantford where Walter worked for Bell Telephone Canada.Seven months after Wayne was born, Walter and Phyllis moved into a house. Wayne was joined by a sister, Kim (b. 1963), and brothers Keith, Glen, and Brent. The family would watch Hockey Night in Canada at Tony and Mary’s. By age two, Wayne was trying to score goals against Mary using a souvenir stick.   The farm was where Wayne ice skated for the first time, aged two years, 10 months.

Born and raised in Brantford, Gretzky honed his skills at a backyard rink and regularly played minor hockey at a level far above his peers.  Despite his unimpressive stature, strength, and speed, Gretzky’s intelligence and reading of the game were unrivaled. He was adept at dodging checks from opposing players, and he could consistently anticipate where the puck was going to be and execute the right move at the right time. Gretzky also became known for setting up behind the net, an area that was nicknamed “Gretzky’s office” because of his skills there.

He played on several teams during his career.  His longest stint with the Edmonton Oilers and ending his career on the New York Rangers team.   He is formerly a part-owner of the Phoenix Coyotes of the National Hockey League (NHL).  He was also the executive director of the 2002 Canadian Olympic Men’s Hockey team which won the gold in 2002.

In honor of Gretzky’s family’s farming roots in Canada, check out http://www.pickyourown.org/canadaon.htm