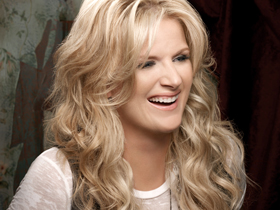 After compiling her first cookbook, Georgia Cooking in an Oklahoma Kitchen, Trisha Yearwood found 60 or 70 recipes on the chopping block. However, she wasn’t sure those leftovers would ever end up in print since she says it takes about a year to put a cookbook together. To help her make the decision, she enlisted family members to bring their favorite dishes to a reunion — along with the recipe. Then she divided the stack of recipes between herself, her sister and their mother, plucking the best ones. The result is Home Cooking With Trisha Yearwood, a new book being served in April 2010.

Calling from the Oklahoma home she shares with husband Garth Brooks, she spent about half of our conversation describing her new dishes, such as asparagus wrapped in bacon, Crock-Pot macaroni and cheese, sweet potato pudding, Key lime cake (her new favorite), ambrosia with apples (contributed by family friend, the late Betty Maxwell), cornbread salad with homemade French dressing and chunky, meaty cowboy lasagna.

After wiping away the drool, we were able to talk about cooking meals for her friends, sharing (or not sharing) famous recipes and holding out for the best brownies.

To read the interview with Trisha Yearwood visit: http://www.cmt.com/news/country-music/1625752/trisha-yearwood-finds-more-family-recipes-for-her-second-cookbook.jhtml 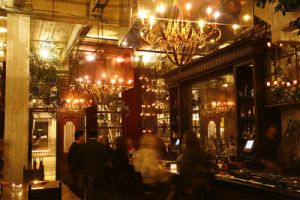 (We Believe this Restaurant is Now Closed) During this recession people are looking for food which provides the comforts of home. Citizen Smith restaurant in Hollywood combines comfort with an imaginative menu. Located on Cahuenga and just below Hollywood Boulevard, this restaurant boasts of menu items reflecting southern style comfort food but there are some splendid choice exceptions.   When you walk through the doors you get a rustic yet chic feel.
There is a hip back outdoor lounge with couches. Candelabras fill the establishment, but let’s get back to the matter the food shall we?  Citizen Smith prides itself on the “Comfort Macaroni and Cheese.” What distinguishes the dish is the addition of jalapeño to the classic.   The flavor of the jalapeño permeates the dish without overwhelming it.  My guest, Chef Tachelle Lawson, was less than enthused, citing how roasting the jalapeño could have enriched the flavor.
Read more at:  http://www.examiner.com/x-9408-LA-Comfort–Soul-Food-Restaurant-Examiner~y2009m5d4-A-Bit-of-Comfort-in-Hollywood-at-Citizen-Smith-by-Crystal-A-Johnson

See the culinary styling of Chef Martin Brock of New York’s Atria restaurant near the Museum of Modern Art.  The German dish may remind some folks of the classic comfort food, Mac & Cheese.  Enjoy the Video: 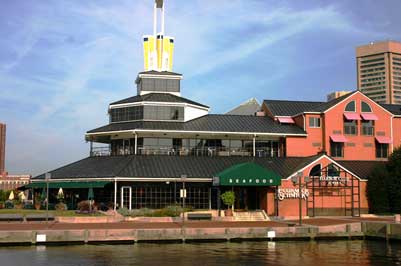 As a comfort food restaurant critic examiner for Los Angeles, I was asked to sample the 10 under 10 menu.  The special is running nationwide at select locations.  Click below for more info:

Recession Busters: 10 under $10 at McCormick and Schmick Seafood Restaurant

by Crystal A. Johnson

As a restaurant reviewer of Comfort food for the Los Angeles Examiner, I find that it is a tall order to review comfort food.  What is comfort food?  Many things to many people which bring them the comforts of home, culture or extended experiences. (Read more at link below.