Chef and humanitarian activist José Andrés has closed his restaurants in D.C. and NYC, citing the desire to halt the spread of the novel coronavirus. “We are in an unprecedented emergency,” he said on Twitter, “and as painful as it is, ALL restaurants, bars, etc. must be closed across America if we are to avoid what’s happening in other countries. This is the only way.” Per a press release, the restaurant employees will be “provided with paid leave and current health benefits for at least the first two weeks.”

As of today, all of his D.C. restaurants (including Minibar and the entire Jaleo portfolio) are closed. Some will be transformed into what the chef is calling “community kitchens” in conjunction with Andrés’s nonprofit World Central Kitchen.   READ MORE and See the Listing of Community Kitchens in New York and DC 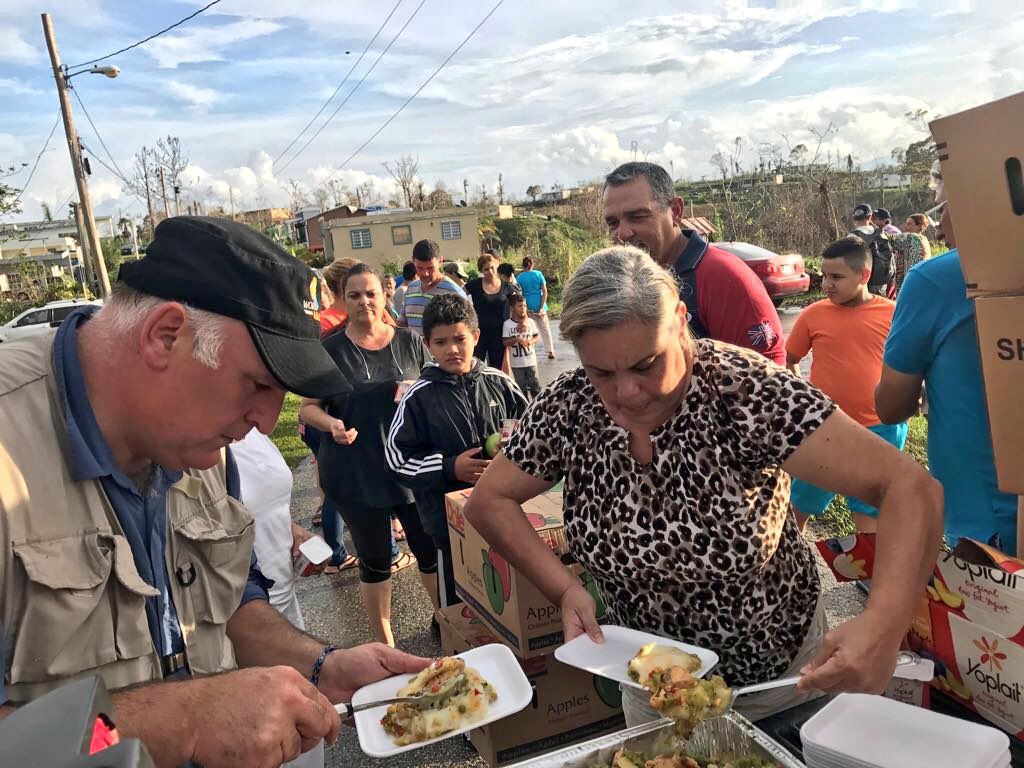 Chocolate World Expo, the New York area’s largest chocolate-themed event, comes to Manhattan for the first time on Sunday, December 16th, 10am-7pm, at the 69th Regiment Armory (aka Lexington Armory), bringing its own unique blend of chocolate, food and fun to the city… just in time for the holidays! Admission $20/Adults & $10/Children (5-11.)

END_OF_DOCUMENT_TOKEN_TO_BE_REPLACED

As hard-hit areas of New York City and other places up and down the East coast begin to piece themselves back together in the wake of Hurricane Sandy, dozens of restaurants around the country are pitching in with charity events to raise money for relief efforts.

END_OF_DOCUMENT_TOKEN_TO_BE_REPLACED

Multi Cultural Cooking Network learned about the Sawyer Water Filter through our contributing writer, Dave Miller.  He happens to be a pastor and missionary, spending much of his year serving communities  in Mexico.  Recently, He posted a video about the difference this filter can make.  With a little research we found it is also be used in orphanges in third world countries to.

This filter is awesome. Only $126 dollars for safe drinking water. That’s 25.5 Starbucks grande latte’ with 2 extra shots. I can go without coffee for a few weeks! – Joe Ramirez –Mission Focused

Hand in Hand Baltimore was founded in September 2009 to combat juvenile recidivism among youth under the age of 18. Hand in Hand provides youth with partnerships to create new opportunities for themselves and their families.  Find our Ticket Info and How the Money will be Used.

By Roger Chesley (The Virginian Pilot)-Another Tuesday has rolled around. At one Norfolk restaurant, laughs and lies, ribbing and recollections are on the menu.

The male customers, in their 60s to 80s, might talk about a long-ago basketball star or a controversial arrest of a local teenager. Over chicken and collards or grilled steak and green beans, a weekly ritual plays out – table by table – at the Golden Corral on North Military Highway.

The men tease each other, update their health – prostate issues are a concern – and plan road trips to see pro and college games.

They bask in the knowledge that they’ve tackled hardships and endured – mostly in anonymity.

The guys call themselves the “Lunch Bunch.” It’s an informal gathering of more than 125 black men who grew up primarily in Norfolk, attended Booker T. Washington High School during segregation, and went on to successful careers in various fields.  READ MORE

Starting at 6pm, the event boasts 4 chefs, 1 mixologist, 4 courses, and 12 beverages. Guests include visitors from the Birch & Barley, Chazz: A Bronx Original, Wit and Wisdom and the B & O American Brasserie.

On April 28–29, 2012, at The  International Culinary Center in New York City, passionate food-lovers will  enjoy an intimate weekend of hands-on master classes, cooking and conversation  with more than 30 of the culinary industry’s most respected talents.

The New York Culinary Experience offers you the chance  to cook side-by-side with some of the world’s most renowned chefs.

END_OF_DOCUMENT_TOKEN_TO_BE_REPLACED

Joe Pesci’s Love for Good Causes and Good food comes together in a national campaign to raise funds for children’s cancer causes staring with Los Angeles , NYC, and Chicago with 12 other stops at major US cities. In 1990, Pesci won the Academy Award for Best Supporting Actor for his role as the in Goodfellas, ten years after receiving a nomination in the same category for Raging Bull.