These delicious cookies are known as Mexican wedding cookies, snowball cookies, walnut cookies or Russian tea cakes . What makes this recipe special is that it is a recipe prepared by the nuns at a convent in Jalisco, Mexico and they are absolutely amazing! 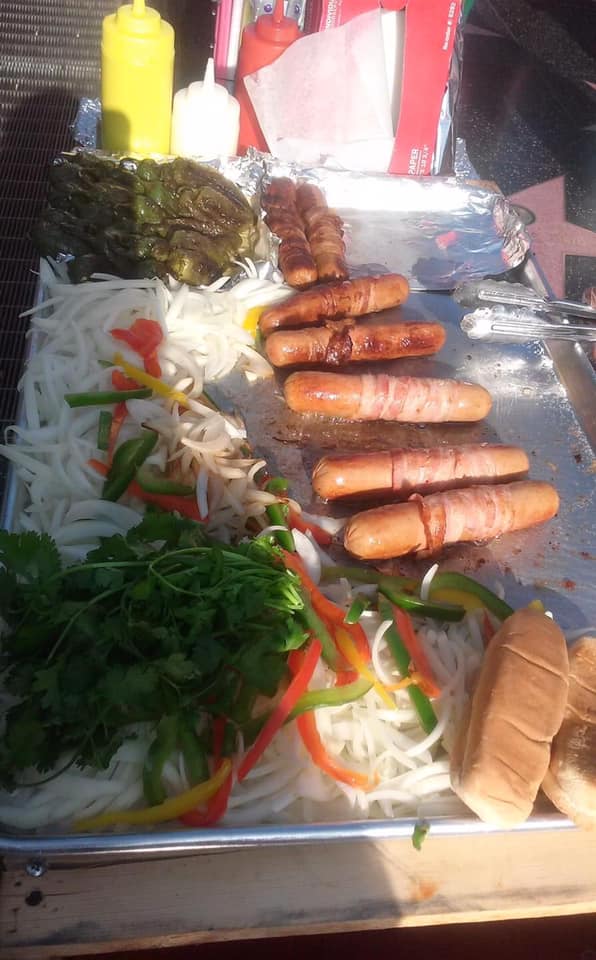 If you’ve ever walked through the streets of Los Angeles late at night, you may have been lucky enough to happen upon a street vendor selling bacon-wrapped hot dogs piled high with caramelized onions, sautéed peppers, pico de gallo, avocado, ketchup, mustard and mayonnaise. This version of Mexican hot dogs, also known as street dogs or Los Angeles hot dogs, is believed to be a riff on a similar recipe that originated in Sonora, Mexico.   READ MORE.

FOR THE HOT DOGS: 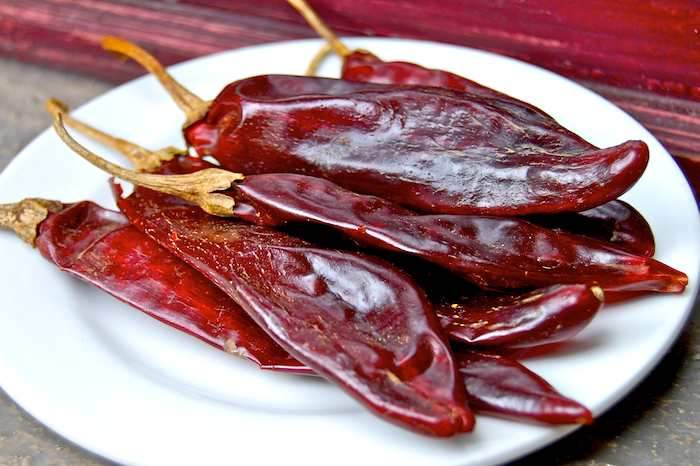 A guajillo chili or guajillo chile is the dried form of mirasol chili, a landrace variety of chile pepper of the species Capsicum annuum, and is the second-most commonly used dried chili in Mexican cuisine after poblanos. The Mexican state of Zacatecas is one of the main producers of guajillo chilies.

Small amounts of Guajillo chiles are used in Mexican cooking to add flavor, mild heat and color. They’re frequently used in pastes or rubs to flavor all kinds of meats, especially chicken. In addition to Mexican moles use this chile in enchiladas, salsas, sauces, soups, stews and tamales.

Meet Romey,  a 14-year-old who loves to cook.   Proud of her Mexican heritage, she takes on making a dish her mom commonly makes, Arroz Rojo y bistec en salsa roja.  For those of us who don’t speak Spanish well that translates to red rice and steak in red sauce. 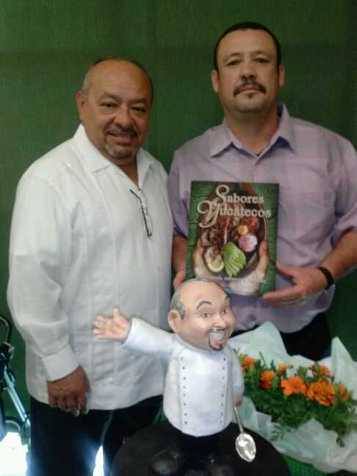 Chef Gilberto Centina , owner the Los Angeles restaurant Chichen Itza presents his new cookbook Sabores Yucatecos, the Spanish version.   An English version of the book was published first. The acclaimed cookbook won the First Place Award for Best Cookbook in the Latino Literacy Now’s 2013 International Latino Book Awards. The English version was the first cookbook written of it’s kind with a focus on cuisine of the Yucatan.

Chef Gilberto was born and reared in Tizmin located in the Yucatan of Mexico. As a kid he grew up helping his mom prepare delicious meals. The inspiring aromas woke up passion for cooking. However, as an adult Chef Gilberto sought work and successfully began working in engineering but the passion for cooking was still there. Eventually, he moved to the United States and began working in the culinary industry perfecting his abilities in the culinary arts. In 2001 he open his restaurant Chichen Itza.

MCCN’s editor and I have both gotten the opportunity to taste the spectacular cuisine of Chef Gilberto. We hope your attempt at trying the recipes from Sabores Yucatecos allows you to truly experience Chef Gilberto’s creativity and richly flavorful food.

Recipe & Article From HomeSickTexan.blogspot.com-  I did not grow up eating capirotada. Truth be told, I had never even heard of it until a 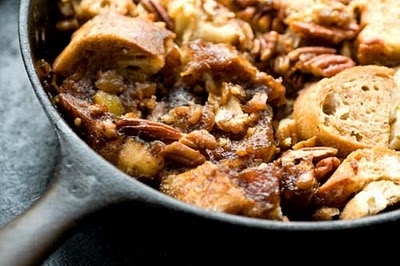 few years ago when I was at a Mexican restaurant on a Lenten Friday. “Hay capirotada,” was written on a chalkboard and curious what it was, I ordered some. The waitress brought me a small plate with a dessert made of toasted bread slices drenched in a sweet and spicy syrup. It was soft and sticky, but there were crunchy almonds, chewy raisins and a creamy tang to keep it from becoming cloying. Capirotada? I was in love! 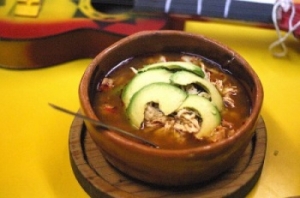 soup or stew from Mexico. Pozole was mentioned in Fray Bernardino de Sahagún’s “General History of the Things of New Spain” circa 1500 CE. It is made from nixtamalized cacahuazintle corn, with meat, usually pork, chicken, turkey, pork rinds, chili peppers, and other seasonings and garnish.[3] Vegetarian and vegan versions also exist.

Break open the chiles and remove the seeds and veins. Put the chiles to cook in a medium sized pot. Cover with fresh water and gently boil until chiles are very soft. Let the mixture cool and using a favorite method, blend the chile and the water to make a paste and strain.

Meanwhile, put the cubed pork, oregano, garlic, onion and salt into a large heavy pot and cover with water. Boil meat gently for 30 minutes. When the meat is soft, add the chile and hominy and cook for 15 to 20 minutes until the mixture is boiling nicely.

To serve, ladle the posole into heavy bowls and serve with thinly sliced cabbage and radishes, quartered limes, oregano, chopped onion, and fresh corn tortillas. Besides these side dishes, posole is usually served with sodas or cervesas.

Conchas (Shells) are a Mexican pastry that is famous for its shape of a shell. The pastry contains a sugar shell pattern on the top. This is one of the most famous Mexican pastries recognized in the United States.It is also referred to as “pan de huevo.”  See Recipe