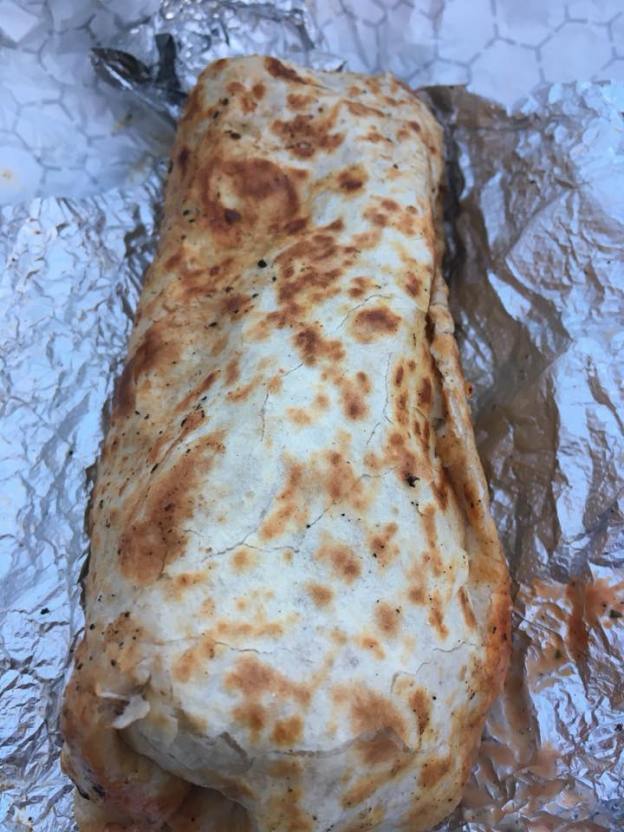 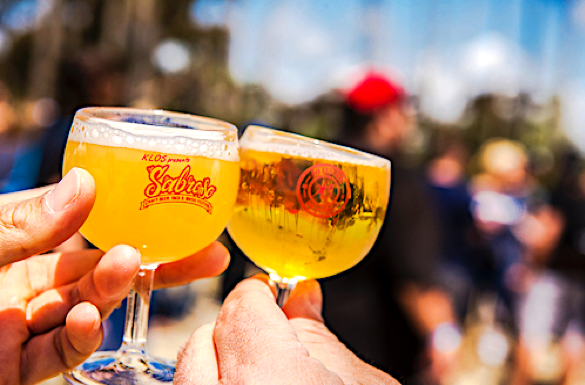 This delicious event includes a special presentation on the origin of the famous mole, which is one of Puebla & Oaxaca’s main dishes, a delicious and fun gastronomic debate amongst judges from the Mexican states known for their mole, and tastings of the different mole styles for all in attendance. Which mole do you like the most? 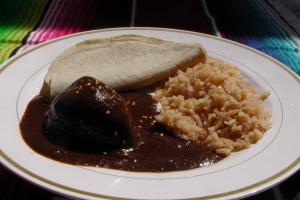 On October 4, La Placita Olvera will once again witness this celebratory feast filled with flavor and featuring an array of delicious moles that go from sweet to salty and hot. This year, for the first time an array of delicious pastries and other dishes will be prepared right along with mole, the unique star of the event.. Mole is a dish that originated from the collision of indigenous and Spanish cultures in Mexico.

You are invited to join the flavor of an event that brings together a record assistance of over 30,000 people of all ages, generations and cultures, offering more than 13 different Mexican moles to enjoy.

The delicious event starts at 10:00 a.m. and lasts until 7:00 pm. taking place at Olvera St., Los Angeles. Entrance is free and dishes are available for purchase. 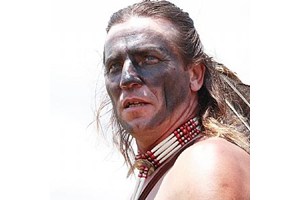 Tastefest. The culinary festival will take place on Friday, May 4 and Saturday, May 5 at the OC Fair and Event Center in Costa Mesa. The two-day event will showcase the global diversity of cuisine and culture in Orange County.  (SEE MORE)

The Brighton and Hove Food & Drink Festival is the largest festival of its kind in South England running through the entire month of September. (READ MORE) 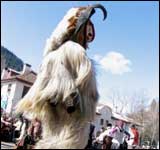 Every January in the rural villages of Bulgaria thousands of men perform an ancient masked ceremony, which is the essence of the Kukeri Festival. Passed down for generations, this ritual is believed to ward off evil. This year the festival is celebrated on January 11, 2011.  READ MORE 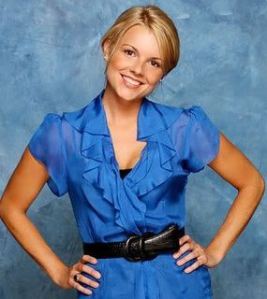 Ali Fedotowsky of ABC's "The Bachelorette"

If you watched “The Bachelorette” last night, there are a  few things you know. You know that the show was filmed in Turkey. You also know that Justin’s bachelor status was toppled by his annoyed girlfriend who told all about her cheating boyfriend’s desire  to raise his professional wrestling notoriety. Then there was the rekindling of Frank and Ali’s feelings on their romantic one-on-one date, plus the sad send-off for Craig, who went home without a rose. Whew, what a night…huh? Well, one thing that might have really surprised Bachelorette fans was an introduction to a particular form of wrestling that is very popular in Turkey – oil wrestling. 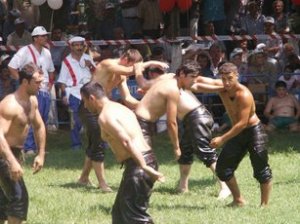 Oil wrestling is the national sport of Turkey.

The bachelors were stunned as the Turkish men came out bare-chest and oiled from head to toe. As the remaining bachelors vied for the affections of bachelorette, Ali Fedotowsky, they too were drenched with olive oil and engaged in some slippery wrestling mayhem.

Oil wrestling is the Turkish national sport, and the sport goes all the way back to the Persian Era (around 1065 B.C.). Oil wrestlers (called pehlivan, from the Persian term meaning “hero” or “champion”) wear a Kispet, short tight trousers made of buffalo leather or calf skin. Once upon a time matches had no set time – matches could go on for hours, even days, but in 1975 the duration was capped at 40 minutes for the bas pehlivan and 30 minutes for the pehlivan category. Matches may be won by achieving an effective hold of the kispet.

The Kirkpinar is the annual oil wrestling tournament, usually held in late June in the city of Edime, located in Turkish Thrace. The tournament has been a fixture in Edime since 1346 and it includes a big fair with music, belly dancing and lamb roasts. 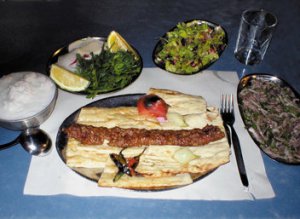 Our event and festival postings will now be found at http://multiculturalcookingnetwork.com Events and Festivals are in the festivals section grouped by Culture, Seafood and Wine.  Major galas are in the Gala and events section.