(Featured above O’Loughlin and Caan)

Instead of going back to Cali, we are going back to Hawaii, Five-0 that is. A new generation gets a glance at the island of Oahu culture, babes in bikinis and an action packed hour.  Everyone knew it would be hard to do a remake of the Classic Hawaii Five-0 but the show opened not only with a strong start but with the classic theme song and similar visual opener images.  What is new about the show a different group of actors taking on familiar roles.  Let’s learn a little about the multi-cultural cast.

Scott Caan is the son of famous actor James Caan.  James Caan is most famous for playing one of the Italian brothers in the Godfather but his real heritage story is of Jewish refugees from Germany.  MCCN is not able to confirm Scott Caan’s maternal heritage yet.

Daniel Dae Kim is a familiar face to ABC viewer of the hit series Lost.  The actor was born in Pusan South Korea.  He was reared in Pennsylvania.
Alex O’Loughlin – The Australian actor was born in August 1976. Alex started out his film career in 2004, when he starred in The Oyster Farmer as Jack Flange.  Random Fact- Considered for the role as the next James Bond at the same time that Daniel Craig was a contender.
Grace Park is a familiar face to Battle Star Gallatica fans.  Although born in Los Angeles, Park was reared in Canada since 22 months of age.  She speaks french but grew up speaking English and Korean in the family home. 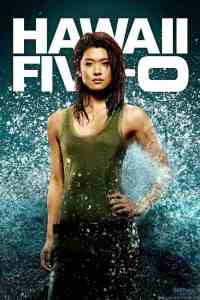