The old cigarette slogan said, “You’ve come a long way baby.” This is an appropriate statement for the influx of Afro-Latinos in Hollywood.  Although culturally in the

hearts of many an “Afro”- Latino there is no divide between being a Latino.  In fact many would never call themselves Afro-Latino no matter how dark they may be,  and even though  a great deal of people both non-Latino and Latino alike simply see them as Black.  It is like somehow you are diminished as of Latin descent the more apparent your African blood may be.

What is interesting about the increasing successful amount of Latinos in Hollywood including Zoe Saldana, Maxwell(Puerto Rican), Soledad O’Brien(Cuban), Lloyd Banks(Puerto Rican), Rosario Dawson(Cuban and Puerto Rican), Tatayana Ali(Panamanian),  Laz Alonso(Cuban) and more is their desire to bring a  social understanding by vocalizing  they are both Latino and proud in addition to being “Black and proud.”  Probably because of an awareness of the historical discrimination including a marginalization of culture due to color.

In the 90’s it was rare as it is today for visibly Afro-Latinas such as Lauren Vélez would be cast as the leading lady as a Latina character on a television show (New York Undercover) but her look made her pefect for a on play romantic chemistry between both  Latin and African American leading men.  She also starred in the classic film, “I like it Like That.” 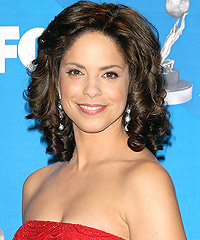 Black Hispanics are often overlooked in the U.S. mass media and in general American social perceptions, where being “Hispanic” is often incorrectly given a racial value.   The situation is also the same in the U.S. Hispanic media and the Latin American media through their telenovelas.

Since the early days of the movie industry in the U.S., when Black Hispanic actors were given roles, they would usually be cast as African Americans (as in, NON-Hispanic black).For those with Spanish-speaking accents that betrayed an otherwise presumed non-Hispanic African American origin, they may seldom have been given roles as Hispanics.

Hence, this is what makes Zoe Saldana lead role in Colombiana triamphant.   She clearly is a light skinnned Black.  She clearly has a Spanish name.  She is both Dominican and Puerto Rican.  Although not Latino, Blair Underwood was proud to play the role of an American President of Afro-Cuban descent.  (See Interview).  The hope is that Univision, telenovelas and more forms of media will embrace all that makes up the image of Latino.

Discuss this Topic on our Forum Page(Click Here)