Mezcal, or mescal, is a distilled alcoholic beverage made from the maguey plant (a form of agave, Agave americana) native to Mexico. The word mezcal comes from Nahuatl metl and ixcalli which mean ‘oven cooked agave.

The maguey grows in many parts of Mexico, though most mezcal is made in Oaxaca. There is a saying attributed to Oaxaca regarding the drink: “para todo mal, mezcal, y para todo bien también” (for everything bad, mezcal, and for everything good, as well.) READ MORE

Dave Miller of Multi Cultural Cooking Network walks you the process of producing Mezcal at the Wahaka Distillery in Oaxaca Mexico.

The Guelaguetza, or the Fiesta of the Mondays on the Hill are held in the city of Oaxaca, Mexico the last two Mondays of July after the 16th

Photo by Joe Ramirez of So Focused

With origins dating back to colonial times, the fiesta is a celebration full of color, music, dance and Guelaguetza, a sharing of the indigenous cultures between the diverse communities of Oaxaca.

Cities and delegations from all over the state send representatives to Oaxaca City to share their particular culture with the thousands of visitors that descend on Oaxaca from around the world for this annual festival.

For many the opportunity to dance and wear the colorful ceremonial outfits of their home cities is one of the highlights of the year.  READ MORE 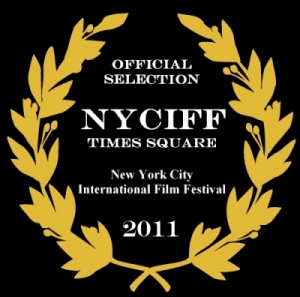 The 2nd Annual New York City International Film Festival (NYCIFF) comes to Manhattan and with it movies from around the world. NYCIFF introduces the creative works of emerging and established filmmakers to a broad but unique audience.  Affluent New Yorkers, and the general public will be able to experience and enjoy independent, creative films.   NYCIFF promotes for 11 days New York City’s Theater District and Times Square as the cradle of cutting edge entertainment, and opens the doors of  NYC to an eclectic, international and national, group of the filmmaking community.

END_OF_DOCUMENT_TOKEN_TO_BE_REPLACED

Again MCCN has the fortune of having photos from Dave Miller of Adventures in Life Ministries.  This is a project of harvesting hope in Oaxaca(WA-HA-CA), Mexico.  Thanks to MCCN Spanish Content Manager, Eduardo Zamora I can phonetically help out with how to pronounce the name of the city.   He let me know that I was butchering the name before.

Hooking Up Well to Cistern

The men put in long days.  However, the volunteers dedicate themselves to the good cause. The project includes teaching effective water retention skills to the locals.  The skills are invaluable in the mainly rural and agrarian villages.  Oaxaca is the second poorest state in the country and home to 30 of the poorest cities in Mexico.

The Long Day of Work is done in Oaxaca, Mexico

The wild turkey is native to northern Mexico and the eastern United States.  Later it was domesticated in Mexico, and was brought into Europe early in the 16th century.

Since that time, turkeys have been extensively raised because of the excellent quality of their meat and eggs.

Some of the common breeds of turkey in the United States are the Bronze, Narragansett, White Holland, and Bourbon Red.

“Semblanza Latinoamericana” is a celebration of Latin American culture through music and dance. A collection of distinguished musicians and several dance companies entertain audiences this Saturday October 17th  at 8PM and Sunday at 3PM in a production produced by Tierra Blanca Arts Center.

It will be a spectacular program of music and dance  which celebrates the cultures, traditions and folklore of  Latin American countries: Argentina , Bolivia , Brazil , Colombia , Ecuador , El Salvador , Guatemala , Mexico , Peru , Uruguay , all of which have made cultural contributions to the most ethnically diverse city on earth, Los Angeles

2000 BC, Amazon: Cocoa, from which chocolate is created, is said to have originated in the Amazon at least 4,000 years ago.

300 AD, Maya Culture: To the Mayas, cocoa pods symbolized life and fertility… nothing could be more important! Stones from their palaces and temples revealed many carved pictures of cocoa pods.

600 AD, Maya Culture:Moving from Central America to the northern portions of South America, the Mayan territory stretched from the Yucatán Peninsula to the Pacific Coast of Guatemala. In the Yucatán, the Mayas cultivated the earliest known cocoa plantations. The cocoa pod was often represented in religious rituals, and the texts their literature refer to cocoa as the god’s food

Cocoa beans were used by the Aztec civilisation to make a frothy, hot drink and chocolate itself was revered for its special vitality and wisdom giving properties. As such it was only given to the nobility, priests and warriors. As a fermented drink (probably quite bitter and nothing like our modern day, sweet tasting chocolate), the Aztecs used chocolate in religious ceremonies and the Emperor Montezuma is believed to have drunk it in large quantities every day.

It was Spanish explorer Hernando Cortez who is credited with recording the enjoyment of chocolate in Emperor Montezuma’s court.

It’s generally believed that chocolate as a drink was introduced to Europe in the 16th century by explorers returning from their travels and the first official cocoa bean shipments into Europe took place in Seville in 1585 from Mexico.