I am a foodie from the history of foods to celebrating the room we call the kitchen to make food.  Something’s 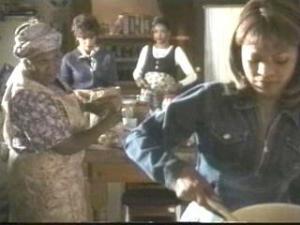 Gotta Give is one of my favorite my movies and from the moment I saw a particular shot in the film I knew the director, Nancy Meyers was a foodie.  Over years, more and more films have put the marriage of the drama which happens in the kitchen to the screen. – Crystal A. Johnson, MCCN Editor

Here are a few of our favorite Kitchens from movies:

The movie, The Holiday is inspired to some extent by  a real getaway spot about 90 miles from London, called Slatters Cottage In the Cotswolds.   Here is the Movie Kitchen:

A favorite foodie film is Julia and Julia.  Check out one of the kitchens where Meryl Streep plays Julia Childs: 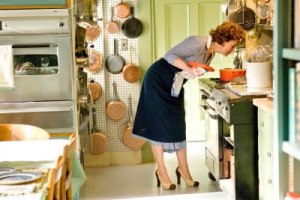 Meryl Streep finds herself in another movie kitchen in It’s Complicated while having a chat with Steve Martin’s character.  This movie is another Nancy Meyers directed work.

Who can forget Queen Latifah’s stint as Georgia Byrd, a woman a dream of owning her own cafe and and cooking like Emeril Lagasse. The Film – Last Holiday

I am convinced that acclaimed writer, producer and director Nancy Meyer’s is a foodie.  There is a scene in the film where Diane Keaton is washing produce and I fell in love with the cinematography in that brief clip.  With such attention to even that detail, I knew she was a foodie.  Take a look and maybe get inspired at the kitchen use for Something’s Gotta Give. 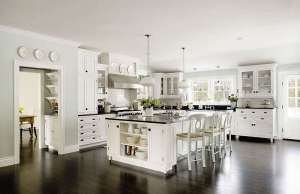