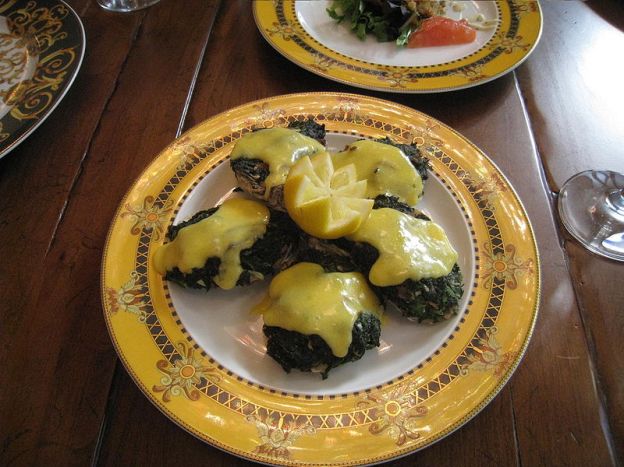 Oysters Rockefeller was created at the New Orleans restaurant Antoine’s. Antoine’s was founded in 1840 by Antoine Alciatore, who moved to New Orleans after two frustrating years in New York to open a restaurant of his own. It is the country’s oldest family-run restaurant. The dish was created in 1899 by Jules Alciatore, son of the restaurant’s founder. 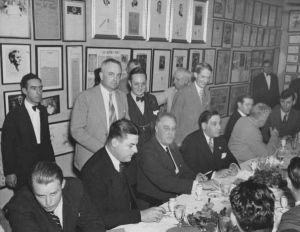 President Franklin Delano Roosevelt had Oysters Rockefeller at Antoine’s in 1937. Mayor Robert Maestri commented to Roosevelt “How you like dem erstas?”, as the national press transcribed Maestri’s Yat accent.

The dish was named Oysters Rockefeller after John D. Rockefeller, the richest American at the time, for the richness of the sauce. The original recipe is a secret, the sauce is known to be a puree of a number of green vegetables other than spinach. It consists of oysters on the half-shell topped with the sauce and bread crumbs and then baked.[citation needed] Jules Alciatore developed Oysters Rockefeller in the face of a shortage of French snails, substituting the locally available oysters for snails. Antoine’s has been serving the original recipe dish since 1899. It is estimated that Antoine’s has served over three million, five hundred thousand orders