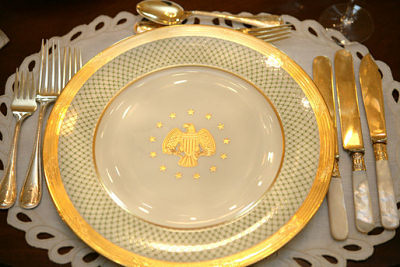 I have been wanting to do an article on White House China for years.   I got a chance to visit the Ronald Reagan Library and they had an exhibit on White House China.   I hope you enjoy exploring this unique history of the United State demonstrated through China. 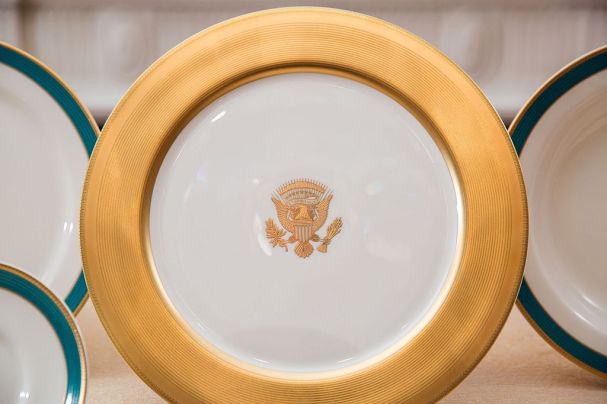 Article from Whitehousemuseum.org– The ground floor China Room is where the White House collection of china is kept. Even the earliest presidents received government funds to purchase state china. However, by a special clause in the appropriation bills, “decayed furnishings” could be sold and the proceeds used to buy replacements. Such “furnishings” included state china, and during the 19th century the cupboards were frequently swept clean and the contents carted off to auction. The money could then be used to order a new china service that better suited the president and his family. 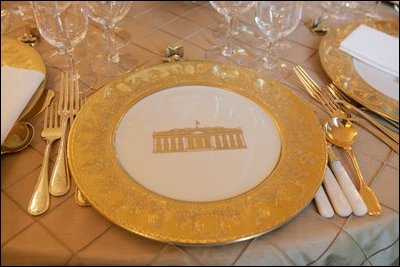 Even into the 20th century, White House china was often given away if it was chipped or broken. Later, Congress passed a law that required that all presidential china be kept or destroyed.  READ MORE and see More.

The China of the Reagan Administration just screams of the style, class and the red of Nancy Reagan.  It also reintroduce a trend of the prominent gold band by the Woodrow Wilson and Truman Administrations.   – Crystal A. Johnson 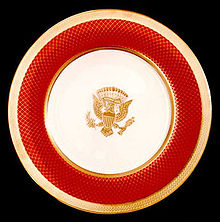